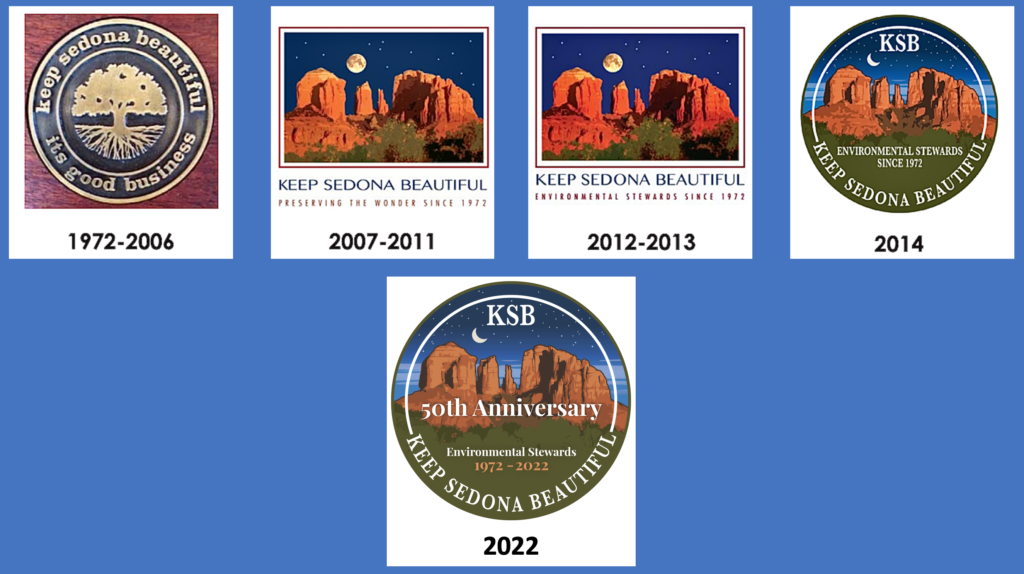 Our Logos over Time 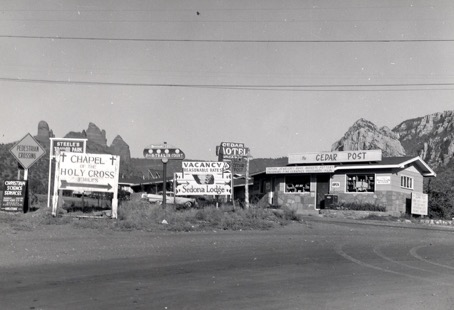 In the 1960’s, the spectacular viewsheds of Sedona and the Verde Valley were marred by billboards, tasteless business signs and abundant litter on the roads. Groups such as the Sedona Garden Club, the Chamber of Commerce and the “Keep Sedona Beautiful Committee” worked to remove the most offensive billboards, particularly on Highway 179 leading into Sedona. Their efforts were so successful that in 1966 Sedona was named one of the 10 cleanest small towns in America.

Unfortunately, the situation steadily worsened from there. Litter became an increasing problem and business signs were uncontrolled in unincorporated Sedona. The unsightly nature of the town was highlighted in a 1971 Arizona Republic article about “honky-tonk, cluttered Sedona.”

On April 6, 1971 a group of concerned citizens met at the home of Norman McGee. In that meeting, the Keep Sedona Beautiful Committee was revived. According to McGee, “The primary aim of this group, which is composed of business people and interested citizens and which has been endorsed by several civic organizations, should be, as its name implies, an attempt to devise ways and means to help in keeping Sedona beautiful in the face of ever rapidly increasing growth.”

The Keep Sedona Beautiful Committee used the power of persuasion to convince some businesses to take down ‘high-rise’ business signs, including one at the Circle K on Highway 179. Other businesses replaced gaudy storefront signs with more tasteful ones.

The Committee held its first litter lifting drive on December 11, 1971.

Over the following 50 years, Keep Sedona Beautiful evolved with the times while continuing to fulfill the primary aim voiced by our founder and first President Norman McGee.

We have been at the forefront of civic and environmental activism, focusing on programs and initiatives fostered during the earliest years of the organization:

Over the course of our 50th anniversary year, we’ll feature each of these topics in a monthly communication. When each of these 10 communications are sent, there will be a link that you can click, above. In December, we’ll highlight our plans for the coming years.

You can read a full chronological history of KSB by CLICKING HERE.

Join us as we celebrate 50 years of environmental stewardship. Become a member or renew your membership at keepsedonabeautiful.org/donations.

To volunteer as a litter lifter or as a committee member, contact us at ksb@keepsedonabeautiful.org and let us know how you’re interested in helping keep Sedona and the Verde Valley beautiful.